we made it to yosemite okay. Our meetup with sarah, skye, molly, and andrea was slightly delayed as they decided to make a sweep of the foothills in search of El Dorado. Yosemite was the zoo I had feared…absolutely packed – I was in line for a campsite at Camp 4 at 4:50 am and was still #39. Yesterday I did something bordering insanity. Although the tioga pass road is open, all of the campgrounds and services up there are still under snow, so you pretty much have to to the ride from the valley to lee vining in one shot: 75 miles and over 6000 feet of climbing. Luckily there is also a shuttle, which Megan took (because she is smarter than me). Lucklily, she also took the bulk of my gear, or else I wouldn’t have made it. I left around 6:30 am and rolled into Lee Vining at around 6:15pm, 8 hours of which was riding and the rest was napping or gasping for breath at the side of the road. But I made it, and it was awesome. The rocket ride down Lee Vining canyon was particularly spectactular. Now we’re eating breakfast burritos overlooking Mono lake. Next stop: travertine hot springs!

we rolled into tahoe today after over two weeks of daily major climbs. yesterday was one of the most gorgeous days so far. we rode from bridgeport up to markleeville and had an awesome tail wind just until we turned the corner to start a 3000 foot climb. it then turned into a not so awesome cross wind. we powered it up the hill to try and avoid some nasty looking clouds. the weather held out until after we were snug in the tent. we did, though, get drenched this morning and even got pelted with hail. i’ll take this over 105 degree heat any day! i was excited to test out my new water resistant shoes, but quickly realized that my socks are the weak link. it’s going to get down to 37 tonight. this route is not without variation.
This message has been sent using the picture and Video service from Verizon Wireless! 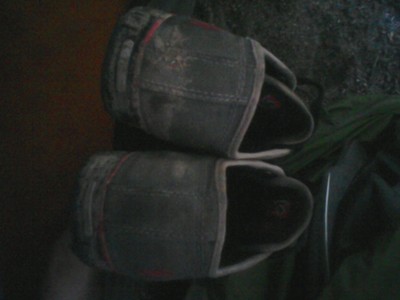 dear gum chewers, please remember to use a trash can that is not the sidewalk. yours truly, clipless pedals 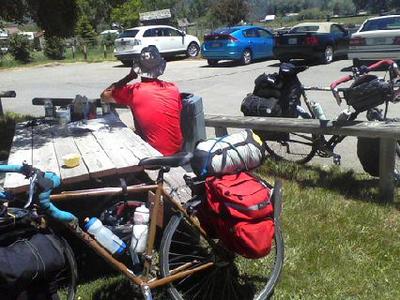 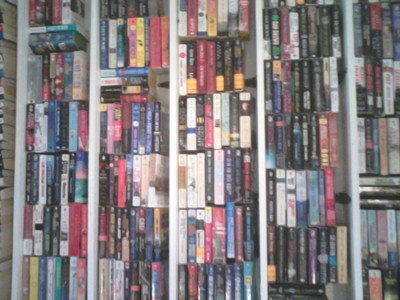 their library h ad every danielle steele novel plus lots of tom clancy but also had jane austen, gabriel garcia marquez, and kim stanley robinson. i was sad to put the years of rice and salt back on the shelf.

we’re finally made it to our last county in ca, siskiyou. turns out they replaced the 8000 foot climb over lassen with a pleasant nearly flat country road and the replaced the world’s grossest port a potty with a real bathroom at the subway lava tubes. ok, really we went around lassen because the road is still covered in snow. but the second part is true. took a day off at burney falls to recharge our knees. we’re on to oregon next and i’m keeping my fingers crossed that the remaining passes will be open. This message has been sent using the picture and Video service from Verizon Wireless! 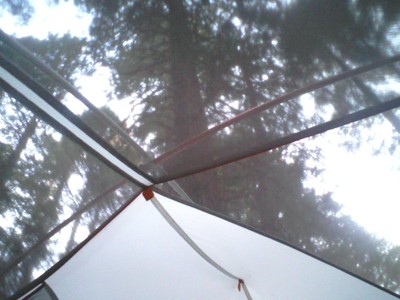 view from our tent

had another mostly flat day, which has been a nice break from the constant climbing. i’ve been trying to stay hydrated but it’s difficult after getting baked by the sun in the afternoon. the ac map lists camping at the store in hornbrook, but it closed earlier this year. so we found the next best option, the field behind the first and last chance saloon. and yes, it really is. 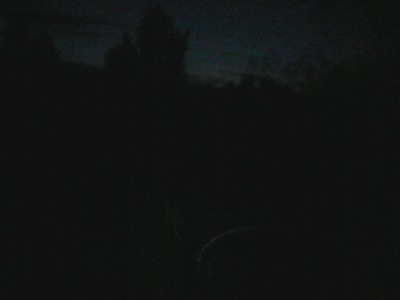 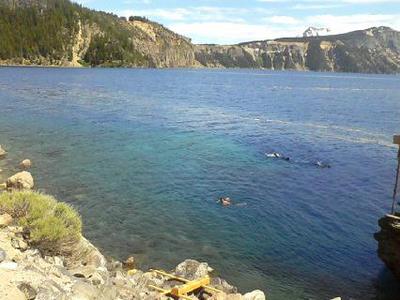 we were very lucky the other day to get a campsite at mazama in crater lake. just as we were walking up, there was a cancellation. we’d already done close to thirty miles of climbing and were ready to call it a day. we spent a few hours in the park and greg even went swimming in the cold cold water, much to the shock of the other hikers. we are enjoying breakfast in beaver marsh where we did not take on the hotcake challenge. if you eat three in thirty minutes you get your picture on the wall. six have tried. there are no pictures on the wall.

The last few days through oregon have been great! After my cold plunge in Crater Lake and The Biggest Pancake in the World, we headed up the cascade lakes scenic highway, which was gorgeous. We camped at the headwaters of the deschutes river whilst armies of mosquitos tested our defenses. Megan had an amazing day of street-scoring; not only did she find a really nice cycling jacket on the side of the road, but also a working iphone! We did the right thing and gave it back to its very grateful forest ranger owner in Bend, and he sponsored our night of debauchery at the Deschutes brewery! I highly recommend the black butte porter xxiii limited. We ran into 7 other bike tourists yesterday, but noone doing our route. Now we’re camping on a beautiful lake – with no mosquitos! 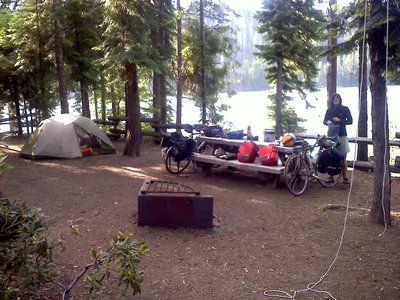 our campsite on sutter lake